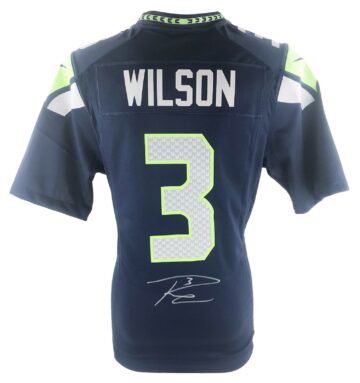 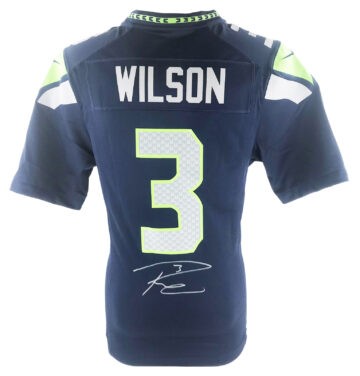 Russell Wilson in an American footballer who currently plays for the Seattle Seahawks in the National Football League, also known as the NFL. He plays in one of the key positions as quarterback. The American football legend has won the most wins by an NFL quarterback (98). He was also the highest-paid player in the NFL in 2019, having signed a $140 million contract over 4 years with the Seahawks. Outside of American football, he owns the Seattle Sounders Major League soccer team. A hugely successful team, they won the MLS Cup Championship and title in 2019.

Wilson grew in in Virginia and started playing football at the tender age of four. His father played football and baseball at Dartmouth and played for the San Diego Chargers. Wilson himself excelled in football, basketball and baseball at College. He played for North Carolina State University until 2019 before transferring to Wisconsin in 2011. Wilson helped the team to a Big Ten Title and the 2012 Rose Bowl. At the same time, he played minor-league baseball for Tri-City Dust Devils and the Asheville Tourists.

As a football pro, he was selected by the Seahawks in the 2012 NFL Draft and enjoyed a successful debut season. So much so, he was named the Pepsi NFL Rookie of the Year. During his time with the Seahawks, he has started in two Super Bowls, winning the Super Bowl XLVIII. He has been named in eight Pro Bowls between 2012-2015 and then again between 2017-2020. Wilson won the Walter Payton Man of the Year in 2020. He has won countless NFL records and Seattle Seahawks records.

Wilson has a number of endorsements with some of the biggest brands of the world including Nike, Pepsi, Bose, Microsoft and Duracell. He is also renowned for his charitable work and is an active volunteer in the Seattle community and heads up the ‘Why Not You’ Foundation.