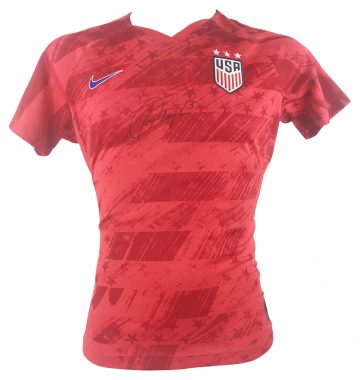 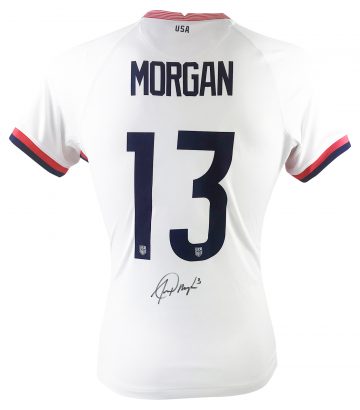 Alex Morgan is an American professional football player, or soccer player as football is known in America! She plays for the Orlano Pride of the NWSL (National Women’s Soccer League), which is the highest league of women’s pro soccer in the United States. She also features for the United States women’s national soccer team, whom she co-captained between 2018-2020. Morgan was ranked by the publication ‘Time’ as the best-paid American soccer player in 2015. This was a result of her many endorsement deals.

Morgan was born in San Dimas, a suburb of Los Angeles and was raised in nearby Diamond Bar. She excelled at many sports and started playing club soccer aged 14. The sports star was named All-American by the National Soccer Coaches Association of America. She was renowned for her sprinting prowess at Diamond Bar High School. Aged just 17, she was selected for the United States under-20 women’s national soccer team.

The soccer star attended UC Berkeley, playing for the California Golden Bears at the same time. She would go on to play for a number of US teams including Western New York Flash, Seattle Sounders Women, Portland Thorns FC and Orlando Pride. She won the WPS Championship in 2011 with Western New York Flash and the NWSL Championship, two years later with Portland Thomas FC. She transferred to Lyon in 2017 where she won the Division 1 Feminine, Coupe de France Feminine and the UEFA Champions League all in her first season.

Morgan is married to fellow soccer player Servando Carrasco and have a daughter who was born in 2020. She is nicknamed ‘Baby Horse’ by her US teammates for her speed and youth. Alex was awarded the key to her hometown, the city of Diamond Bar. She has a number of endorsement deals with the likes of Nike, Panasonic, McDonald’s, P&G and Coca-Cola. A lady of many talents, she has also featured in films, music videos, video games, TV programmes and writes books!