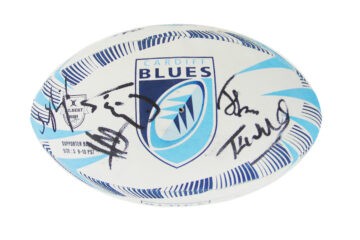 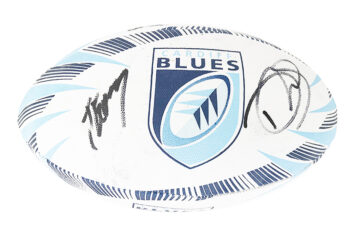 They’re one of Wales’ four principal professional rugby teams – hailing from capital city Cardiff. The Cardiff Blues were founded just 16 years ago in 2003, but in that time they have made significant steps to develop the sport of rugby on a local level and throughout Wales.

Rugby union has been a hugely popular sport in Wales for many years. Cardiff RFC (as it was then known) was part of a sizeable league pyramid, which featured nine top teams and many other lower-ranked clubs. However in the early 2000s it was becoming clear that Wales simply couldn’t sustain nine professional rugby clubs. The solution involved reformation, resulting in four main clubs responsible for overseeing rugby talent development within specific areas and provinces. As a result Cardiff Blues represent developing rugby sides throughout the local area, including Merthyr Tydfil, Powys and the Vale of Glamorgan.

The Blues had a shaky start to their first-ever season, but with good reason – their top players were selected to play in Wales’ World Cup Squad. But by 2005-2006 season they were returning to top form, with new signings signalling a new era for the club. They began to focus on claiming silverware – notably the Anglo-Welsh Cup or the Heineken Cup.

Success came in 2009, when Cardiff Blues claimed their first Anglo-Welsh Cup win. Then in 2010 they won the prestigious European Challenge Cup. Most recently the Blues triumphed at the European Rugby Challenge Cup, in 2018 – beating firm favourites Gloucester by just one point.

Buy signed Cardiff Blues rugby memorabilia here at Firma Stella. Our exclusive collections feature extra special items you won’t find anywhere else including shirts, boots, photographs and ___autographed by some of Cardiff’s biggest rugby stars. We carefully source and vet each our memorabilia, supplied with certification of authenticity for 100% peace of mind.