Shop our signed Bath Rugby memorabilia including a large collection of autographed items by the squad. Signed Bath rugby shirts, jerseys, rugby balls and photos. Many with signing proof, all with free UK delivery, fast worldwide shipping and certificate of authenticity. 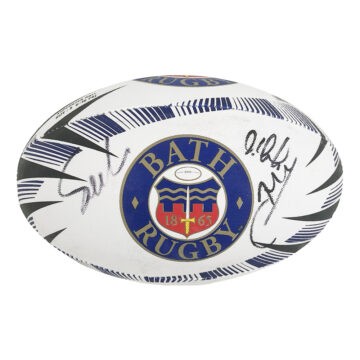 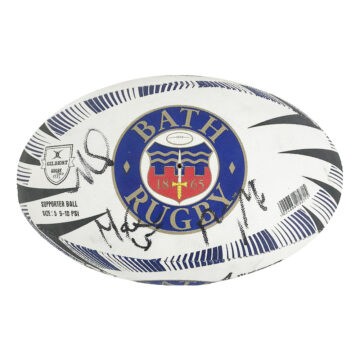 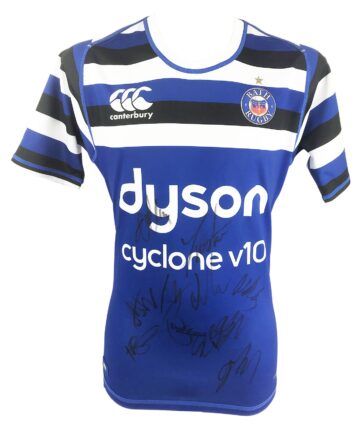 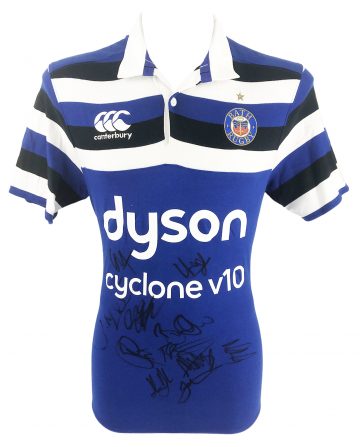 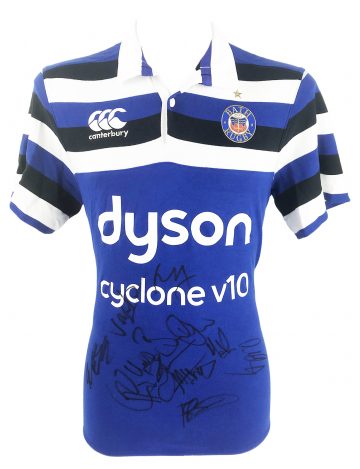 Bath, also known as Bath Rugby, are based in Somerset and are a professional rugby union club. They play in the top tier of English Rugby, in the English Premiership. They have a great history and were formed as Bath Football Club all the way back to 1865. As a result, Bath are one of the most historic clubs in the world. They were founded by Lansdown Cricket Club for something to do in the winter when cricket wasn’t on!

Bath have had a nomadic existence since they were formed. They have played their home games at numerous grounds. They now play their home games at The Recreation Ground, which is also known as the Rec. It is a wide open space in the centre of Bath, close to the River Avon. It is available to be used for recreational by the public at large. During the winter months, it is leased by Bath Rugby to play their home games. The Rec holds approximately 14,500 people for rugby purposes.

In summer, the Rec is transformed to make way for a cricket pitch by removing the temporary East Stand. Somerset County Cricket Club used the Rec up until 2011. Other teams use it including Bath Hockey Club, Bath Drama Club, Bath Croquet Club, Bath Quidditch Club plus also local tennis clubs.