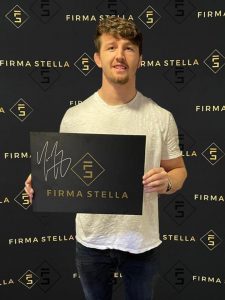 We are extremely proud to announce another partnership deal between Firma Stella and a top international sports star. Firma Stella have teamed up with one of the hottest prospects in English rugby, Tom Curry. Firma Stella CEO, Peter Johnson, had arranged a signing session in a top North West hotel, close to where Curry plays rugby for the Sale Sharks. Unfortunately due to current lockdown restrictions and the upcoming Six Nations tournament, it had to be cancelled. Johnson commented: “In the end Tom had to sign in private. With the Covid restrictions and his current training regime for the Six Nations, he simply couldn’t risk it.” 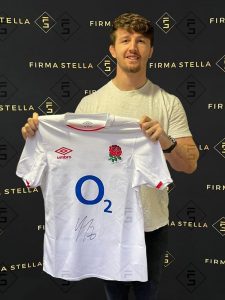 As well as being a key member of the Sale Sharks team, Curry is a one of the integral members of the England International Rugby team. Aged just 22, the rugby legend already has a number of winning medals to his repertoire. He has won the Six Nations Championship and the Autumn Nations Cup. He also featured in the 2019 World Cup for England, unfortunately losing to South Africa in the final. Curry will be confident to build on this and add a Rugby World Cup winners medal to his collection in the near future.

The rugby star plays with his brother Ben at Sale Sharks. Both brothers play to a high standard. This was recognised when they were jointly awarded the Sale Sharks’ Young Player of the Season award in 2016-2017. Tom was coached by his father when he played as an amateur for Crewe & Nantwich. He made his professional debut for the Sale Sharks aged just 18. Curry went on to become the youngest player to play in the European Champions Cup for the Sharks. 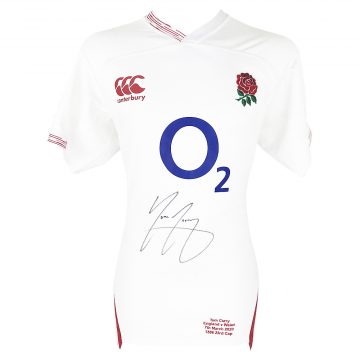 Curry made his ‘unofficial’ debut for England against the Barbarians in 2017 with a Man of the Match performance. He would soon earn his first official cap against Argentina in June 2017. Curry played in all the 2019 Six Nations matches, scoring tries against Scotland and Wales.

Peter Johnson, who used to play rugby to a decent standard as a teenager, is extremely proud to partner with another England International Rugby legend. “I’m thrilled to have Tom on board. It was an incredible moment for us, just in time for the Six Nations starting. To sign one of England’s brightest talents is hugely exciting.”