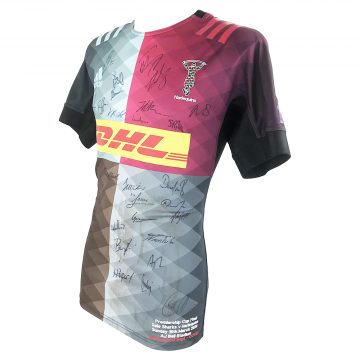 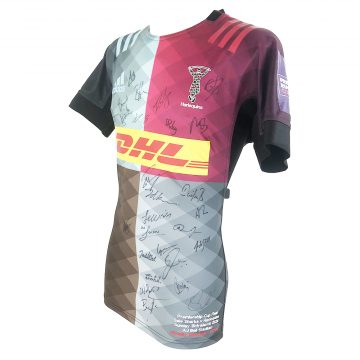 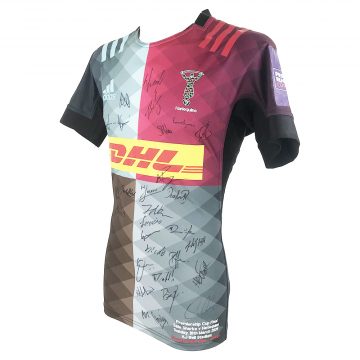 Harlequins are an English rugby union team who are known as Quins for short, or the longer version of Harlequin Football Club.  They play in the English Premiership which is the highest level in English Rugby.  Harlequins were one of the founding members of the Rugby Football Union.

Their home ground is close to the home of English Rugby in Twickenham.  They play at the Twickenham Stoop, often referred to as The Stoop.  The ground holds almost 15,000 people and is located across the round from Twickenham Stadium, where the England Rugby national team play their home matches.  Harlequins were invited to play their games at Twickenham stadium.

In 1963 the Quins acquired an athletics ground across the road, which initially was their training pitch.  It later became the stadium where they played their home matches.  They did share it with rugby league side, London Broncos, for a period of time.  They still play one game at Twickenham Stadium each December which is referred to as the Big Game.

The current captain of the club is Chris Robshaw and the Head of Rugby is Paul Gustard.  They play in a stand-out kit with features a shirt in four quarters of brown, grey, magenta and blue.  They last won the Aviva Premiership in season 2011-2012, the Challenge Cup in 2010-2012 and the Domestic Cup in 2012-2013.

Harlequins were famously involved in the Bloodgate scandal against Leinster in 2009.  Winger Tom Williams came off the pitch with what transpired to be fake blood to enable a tactical substitution.  The Quins were investigated and the RFU found out they had done this on four other separate occasions.  This led to a three-year ban for Dean Richards who was director of rugby, a two-year ban for their physio and a twelve-month ban for Tom Williams