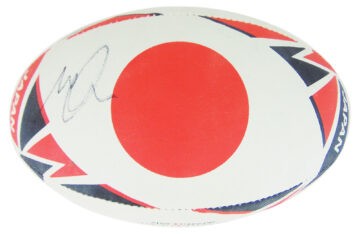 Japan is undoubtedly a rising star in the rugby world. It was not a nation commonly associated with the sport until recent years when professional development placed it firmly in the spotlight. Despite still trailing behind football and other more popular sports, Japan boasts the fourth largest population of rugby union players in the world.

Rugby has been played in Japan for over a century. It was first introduced by English invaders in 1854. At first, the sport was exclusively played by English immigrants, but indigenous Japanese people rarely participated. Yet by the 1900s this had changed – with the formation of various clubs and tournaments including a variety of Japanese teams.

Japan is well known as a source of spectacular games – notably their defeat at Bloemfontein 145-17 to New Zealand (the worst of its kind in the history of rugby) and their shock win against South Africa in 2015. But despite the ups and downs, Japan does hold its own on the world stage of rugby union. Japan’s national team is ranked 11th in the world. It is also largely recognised as the most successful and influential rugby nation in Asia. They have played in every Rugby World Cup tournament since its inception in 1987. They also compete in the Pacific Nations Cup, Asian Five Nations and Super Rugby competition.

The national team’s nickname the ‘Cherry Blossoms’ or ‘Brave Blossoms’ is a nod to the Sakura flower motif that adorns their kit. The country is currently looking forward to hosting the 2019 Rugby World Cup.

Shop now to find fantastic signed Japan rugby memorabilia, carefully selected and specially sourced from our trusted partners. At Firma Stella we stock signed Japanese rugby team shirts, rugby balls, boots and photography from some of Japan’s most memorable games, capturing a moment in history that can be yours to treasure forever.