Shop signed Belgium football memorabilia including autographed Belgium shirts and photographs. Most items have photo proof of the player signing! All items come with a certificate of authenticity, free UK delivery and worldwide shipping! 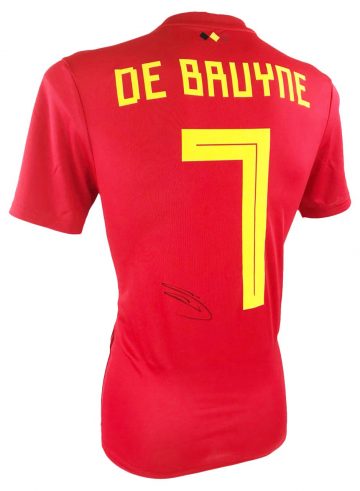 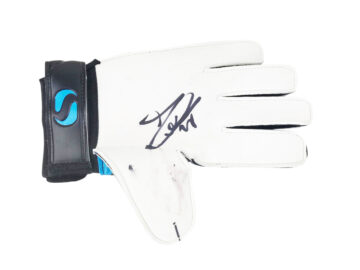 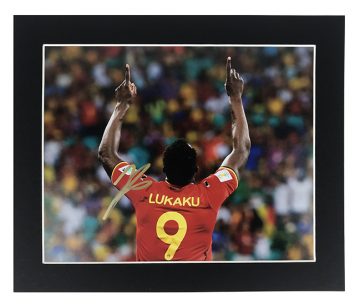 The Belgium international football team and governed by the Royal Belgian Football Association. They are known as the Red Devils, after a Dutch journalist reporting them in 1905 said they ‘work as devils’.  It’s fan club as ‘1895’.  They play most of the home matches at the King Baudouin stadium in Brussels.  Their biggest rivalries are Holland and France.  They have played both teams virtually every year between 1905 and 1967.

The team wear traditional colours of the Belgium flag which are black, yellow and red (with red being the dominant colours).  The away strip is usually white or black.

Belgium are known as being an attacking team blessed with flair players.  They finished 3rd in the 2018 FIFA World Cup with a number of World Class players including Kevin De Bruyne, Eden Hazard, Vincent Kompany, Romelu Lukaku and Thibaut Courtois.  It was a remarkable achievement for such a small country with a population for 11 million.

Belgium were one the first countries on mainland Europe to play international football.  It was initially an elitist pastime but eventually overtook rugby as the countries most popular football sport.  The Belgian sports board was founded in 1895 and is known as Union Belge des Sociétés de Sports Athlétiques (UBSSA).  The Belgium Annual Football League was found in 1896.

They have taken part in 3 major football competitions – the FIFA World Cup, UEFA European Championships and Olympic Football Tournaments.  They won Gold at the 1920 Olympics.

The most capped player for Belgium is Eden Hazard, one of the finest players in Europe at the moment.  He now plays for Real Madrid, having moved there from Chelsea in 2019.  Hazard has 106 caps and has scored 32 times for Belgium.   Romelu Lukaku has scored most goals for Belgium with 52 goals in 84 appearances.  Lukaku plays club football for Inter Milan.