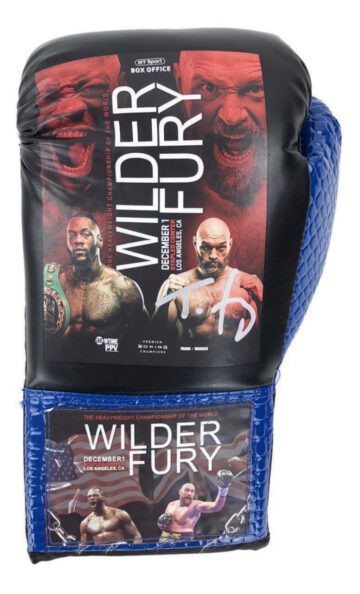 Tyson Luke Fury was born in 1988 in Wythenshawe, Manchester.  He was born to Irish parents and was raised in nearby Styal.  Tyson is of Irish traveller descent, of Gaelic origin traced to Belfast and Galway.  He was born three months premature and his first weigh-in at birth was just 1 pound.  He was named after Mike Tyson, because his father thought he was a fighter after surviving the premature birth.  His mother had 14 pregnancies in total, but only 4 children survived.

Fury left school at the age of 11 and joined his family tarmacking roads.  He had started boxing the previous year.  His father was his trainer all the way until 2011, until he was jailed for gouging out the eye of another traveller.  As you can imagine, the Fury family has a long history of boxing.  Tyson Fury himself was raised to keep the fighting in the ring.

Fury represented England and Ireland as an amateur.  His first title was in 2008 when he won the ABA super-heavyweight title.  The same year he turned professional, when he was 20 years old.  By 2011 he was British and Commonwealth champion, followed by the WBO Intercontinental title and European and WBO International heavyweight titles.

Fury beat Klitscho to win the IBF title but was stripped of the title 10 days later, due to issues with arranging a re-match.  Tyson then went on to suffer from mental health issues which led to excessive weight gain, drug and alcohol use.  As a result, he was charged with drug use,  lost all of his titles and didn’t fight for two years.

In 2018 he won the Comeback of the Year from The Ring having defeated Wilder to win the WBC heavyweight title.  It was an excellent performance, in particular having been knocked down in the final round.  He still remains undefeated with 30 wins, 1 draw and 0 losses.  The majority of his wins have been earned by knockout (21).  He continues to cause controversy with approximately 140,000 people signing a petition to disqualify him from the 2015 BBC Sports Personality of the Year Award.