Shop signed Geraint Thomas cycling memorabilia including autographs and tops from Welsh cyclist! We have signed Geraint Thomas shirts, yellow jerseys, photos and books all fully autographed by the great man. All with certificate of authenticity (COA), free UK shipping and fast worldwide delivery. many with full signing proof. 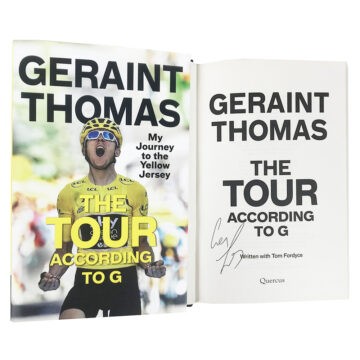 Signed Geraint Thomas Autobiography – The Tour According To The G 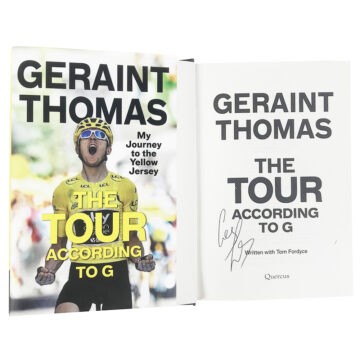 Geraint Thomas Signed Autobiography – The Tour According To G 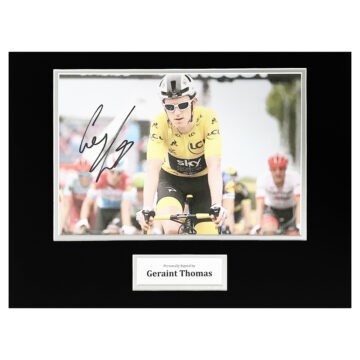 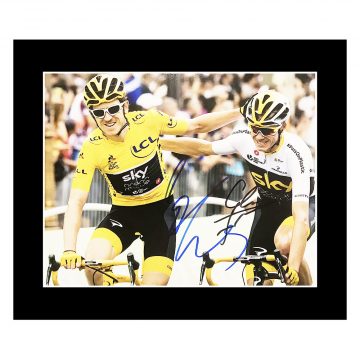 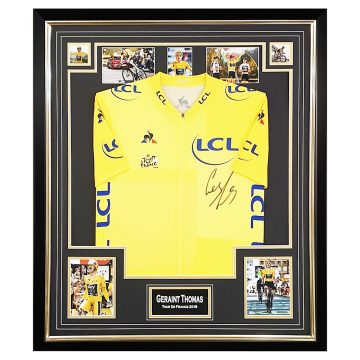 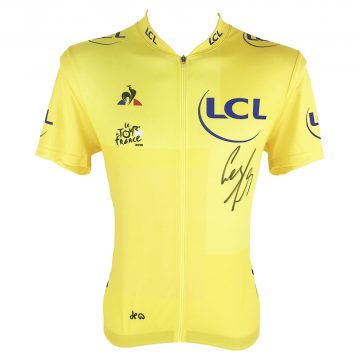 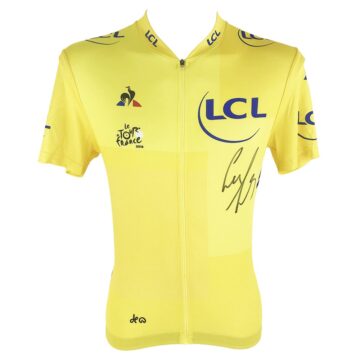 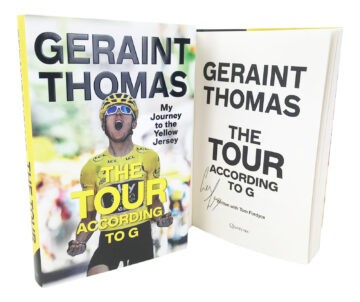 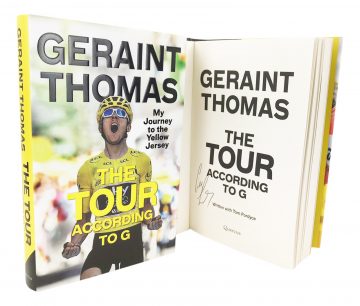 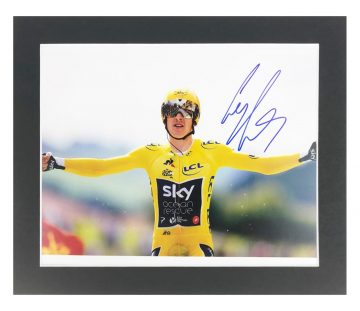 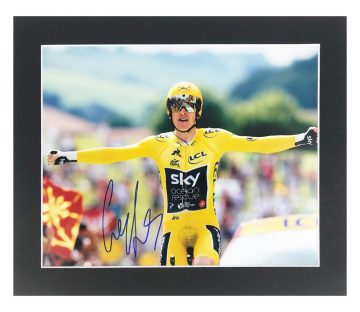 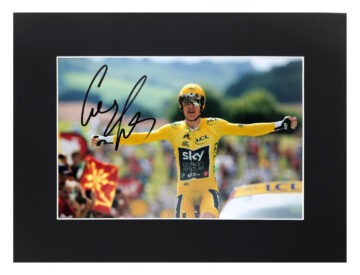 Celebrated cycling legend Geraint Thomas OBE is one of modern cycling’s most prolific riders. The 32-year-old Welshman competes on the track and on road, with three World Championships, two Olympic medals and one Tour de France title to his name.

Born in Cardiff, Thomas made his debut on the track cycling scene aged 19, becoming a member of British Cycling’s Olympic Academy. Within just a couple of years, he was making his Tour de France debut – making him the youngest rider in the race. A year later he won his first Olympic gold medal, before turning his attention back to road racing in 2009.

2010 saw Thomas make the prestigious move to Team Sky – two years later he clinched his second Olympic gold medal. Throughout the following years, he participated in the Tour Down Under, Volta ao Algarve, Vuelta e Espana and Tour de Suisse. At the same time, he continued to enjoy increased success in the Tour de France. By 2015 he was playing a support role for champion Chris Froome. In 2017 he won the opening stage, making him the first ever Welsh rider to wear the yellow jersey in the event. He held onto the jersey until stage 5, but crashed out of the race later on at stage 9.

In 2018 Thomas finally claimed his Tour de France victory. It was a tense race overall with multiple attacks by teammates and others – not to mention a back wheel lock. Despite this, he won – holding the lead all the way to Paris. He became the first Welsh cyclist and first British-born cyclist to win the Tour de France. Rightly he returned to a triumphant homecoming event held in his honour in Cardiff. Subsequently, the Wales National Velodrome in Newport was renamed after him, and in December he was named BBC Wales Sports Personality of the Year and BBC Sports Personality of the Year. Thomas was also awarded an OBE at the New Year Honours for services to cycling.

Geraint Thomas is known in and out of cycling circles as a humble, personable and professional person. Over the years he has consistently spoken out against doping and is strongly opposed to the use of drugs in cycling. Browse and shop Geraint Thomas signed cycling memorabilia here at Firma Stella. 100% genuine and authentic, we independently source and verify each and every item.