Shop signed Ryder Cup golf memorabilia – mementoes from the UK’s biggest golf tournament. Autographed photos, flags and mounted displays from all the greats who have taken part in the tournament! 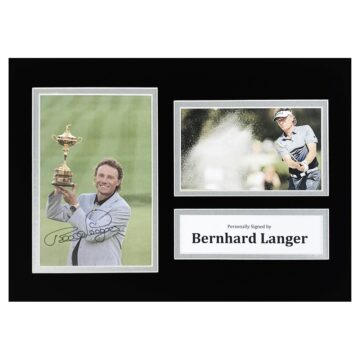 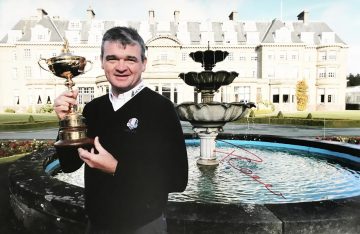 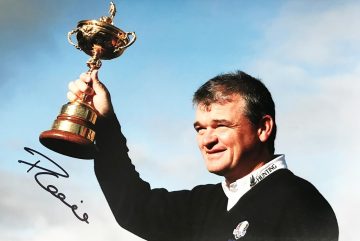 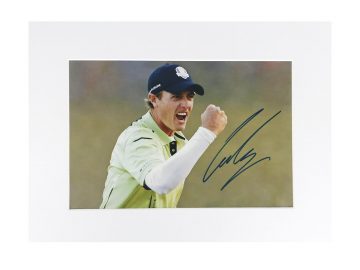 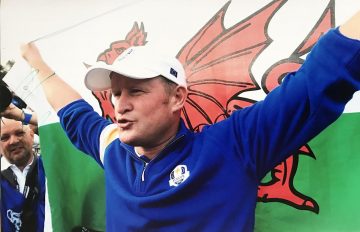 It’s one of golf’s most prestigious tournaments – celebrating almost 100 years of bunkers, birdies, bogeys and big wins. A win at the Ryder Cup is symbolic of true talent and skill in the game of golf – and the cup has long been a prestigious and coveted trophy in the golfing community. The biennial event takes place at alternating venues on either continent, a hotly anticipated contest between teams from America and Europe.

It all started in the early 1920s in Gleneagles, with teams of ten taking on the course. In April 1926 it was announced that respected English businessman and golf enthusiast Samuel Ryder would be presenting a trophy for an annual competition between British and American professionals – and with that, the match began to be dubbed ‘The Ryder Cup’. The first official Ryder Cup took place in 1927 in Worcester, and since then it’s been a firm fixture in the golfing calendar.

Qualification for the Ryder Cup is strict – but the selection process has evolved somewhat over the years. Teams are made up of Captains, who select players predominantly based on performance. There are ‘wild card’ entries each year – these tend to be less experienced players or players who haven’t qualified in the usual way.

The Ryder Cup is incredibly lucrative, bringing a significant amount of revenue to the areas it frequents every two years. Players profit too – and a win is often associated with healthy financial compensation for those who participate.