Father’s Day has been around for over 100 years and originated in the USA. It has now heavily commercialised and is celebrated across the world. The date the day is celebrated varies across the world, with the most popular day being the third Sunday in June.  This is the date it is celebrated in the UK, USA and Canada. If you are looking for gifts for fathers day you’ve come to the right place! Here we look at the history of Father’s Day and some gift ideas to ‘WOW’ that special man in your life.

Father’s Day was first celebrated in the United States in 1910. It’s origins were from Washington where it started in June of 2010. Father’s Day rose to popularity extremely quickly and within 30 years it became commercialised and was supported by Presidential level.

The celebration of Father’s Day in the UK was inspired by the success of the day in USA. Mother’s Day was also a huge success with many believing the celebrations of mothers was more apt. Father’s Day was originally laughed off with all the beliefs that men should be looked upon as the provider and macho. Why should they celebrated in this way? Furthermore, many people saw it as another excuse to add another random day to celebrate in the calendar.

Father’s Day has now been around for over 100 years and has gone from concept to an international celebration to show gratitude for your dad, or the man who is the father to your children.

We featured a number of gifts in our previous blog – Give the Gift Of A Legend To A Legend. This featured gifts for football fans, gifts for rugby fans and gifts for cricket fans. Here we look specifically at five ideas for Gifts for Fathers Day this year, bearing in mind current sporting events. 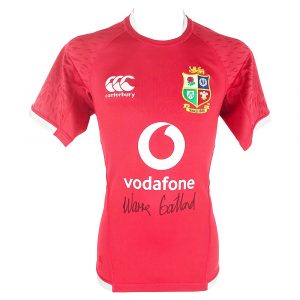 Firma Stella are Official Partners with Warren Gatland, the British & Lions Head Coach. We have a huge collection of exclusive Warren Gatland memorabilia to choose from. One of our favourites is the signed 2021 shirt, similar to what the team will wear on their upcoming tour in South Africa in July.

Warren Gatland is regarded as one of the best coaches in World Rugby. He led Wales to four Six Nations title, of which three of these were Grand Slams. He has been Head Coach for the British & Irish Lions on a number of tours. 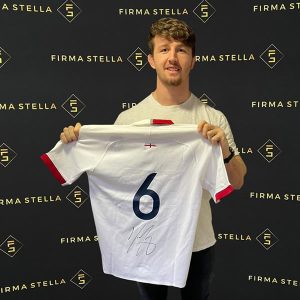 One of England’s young stars is set to be a key player on the Lion’s tour. Curry playsas both flanker or No 8 for England and featured in all the recent Six Nations games. Aged just 22, he is already a Six Nations winner and a Rugby World Cup Finalist.

As with Gatland, Tom Curry is an official memorabilia partner with Firma Stella. We have a huge collection of Tom Curry signed shirts and memorabilia to choose from. Here we choose a signed England Shirt featuring Tom Curry’s iconic No 6 jersey.

Harry Kane is regarded as one of the best strikers in the world. He plays for his boyhood club Tottenham Hotspur and is captain of the England national football team. He will lead the England team in the upcoming Euro’s this summer. Euro 2020 was cancelled last year due to the COVID pandemic and will kick off on 11th June 2021.

The final will take place at Wembley on 11th July 2021. Let’s hope Harry Kane will be holding the Euro trophy aloft to a home crowd. 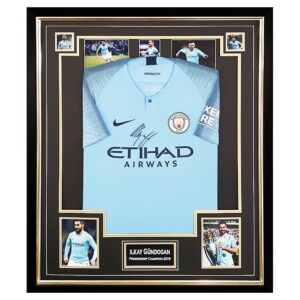 Manchester City have won three out of the last four Premier League campaigns. They won the league in seasons 2017/2018, 2018/2019 and most recently 2020/21. The 2018/2019 shirt is the one we’re featuring here, signed by City legend Ilkay Gundogan. It has been expertly framed and includes a number of pictures of Gundogan. He has signed the shirt in a black sharpie just to the side of the City badge. This will be a perfect present for any City fan. City are the current Premier League holders and feature in the 2021 Champions League final against Chelsea. 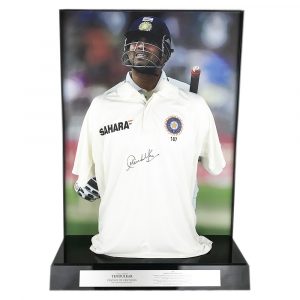 The Indian cricket team are due to tour England in August and September 2021. There are 5 Tests scheduled. The first Test will be at Trent Bridge and the final test will be at Old Trafford. They will also play at Lords, Headingly, The Oval and Old Trafford.

Here we feature the biggest cricket legend in India – former Indian captain Sachin Tendulkar. He is widely regarded as one the best batsman to have graced a cricket pitch. Tendulkar is the highest run-scorer in international cricket.

Father’s Day is on June 20th in the UK. Finding something that your dad will not only love but won’t have already bought for himself is a tough ask. Finding a unique gift for him is a challenge. We have a huge collection of sporting memorabilia that will appeal to many dads across the country. Give the gift of a legend to the legend in your life!