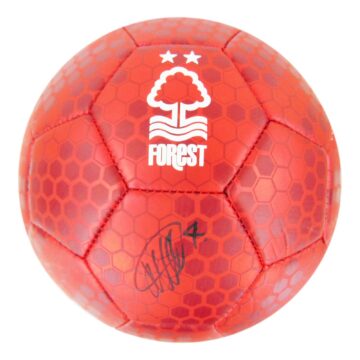 Nottingham Forest Football Club are also known as Notts Forest, or Forest. They are based in Bridgford in Nottinghamshire. Forest are the oldest team in the football league, having been founded in 1865. Their neighbours Notts County were the oldest team, but have since been relegated to non-league status in the National League.

Forest have played their home matches at the City Ground since 1898. The ground is situated on the banks of the River Trent and just 300 yards from Notts County. The two grounds are the closest professional stadia in England. Work started on the ground in 2019 to increase capacity up to 38,000. Although Notts County are the closest rival, they have often played in a lower league to Forest. Therefore, the main rivalry is with Derby County who are located approximately 14 miles away. The other East Midland rival is Leicester City.

Notts Forest play in a Garibaldi Red, in honour of Giuseppe Garibaldo, the Italian patriot. Forest are the only club to have won more European Cups than League Titles. They have won one league title in 1977-1978. They went on to win the European Cup the following season in 1978-1979 and again the season after in 1979-1980. They qualified for the tournament as holders, rather than league winners.

They have won a number of other trophies including 2 FA Cups, 4 League Cups, one Charity Shield and one UEFA Super Cup. Their most successful period came under the leadership of the legendary Brian Clough and Peter Taylor. They now play in the English Championship.