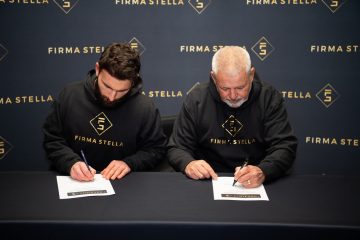 We are proud to add yet another sporting legend to the Firma Stella team. We have partnered with Rugby legend Warren Gatland. The New Zealand rugby legend is a world-renowned rugby coach and well-respected rugby player. He has taken many of the teams he has coached to another level. Gatland came to the Firma Stella’s headquarters in February, spending time with CEO Peter Johnson. Johnson said:

“This was a huge privilege for us – the first time we had the pleasure of welcoming such a sporting icon on site. Warren signed over 400 items, including British & Irish Lions, New Zealand and Wales Coach jackets, rugby balls and photographs! He is a hugely engaging character and really got into the spirit of the occasion, even donning one of our exclusive Firma Stella hoodies!“ 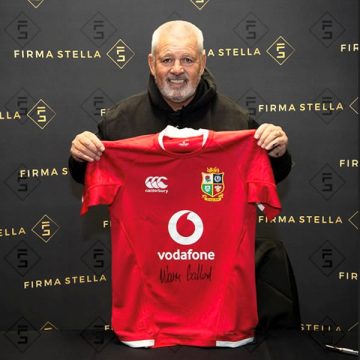 Gatland originates from Hamilton, on the North Island of New Zealand. Warren Gatland played rugby for the Waikato province, playing 140 games for them before he retired. This was a club record when he retired in 1995. Although he played a number of non-international games for the All Blacks, he didn’t win a full international cap for the All Blacks. Gatland was a well-respected rugby player, however he is more recognised as a rugby coach. Over the course of his career, he has achieved amazing things as a coach. 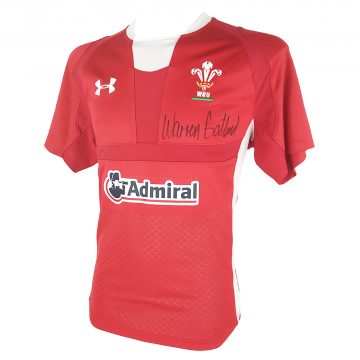 His first coaching job was in 1989 as a player/coach for Taupiri. Gatland started his European career by joining Irish side Galwegians RFC, again as player/coach. There he led them to promotion into the All Ireland League Division 2. He went on to join Connacht as coach, taking them to the quarter-finals of the European Challenge Cup, an amazing achievement for the club. This helped him on his way to becoming Head Coach of the Irish International Rugby team. Between 1998 and 2001 he moved them from 8th to 6th in the world rankings with a win ratio of 47%. 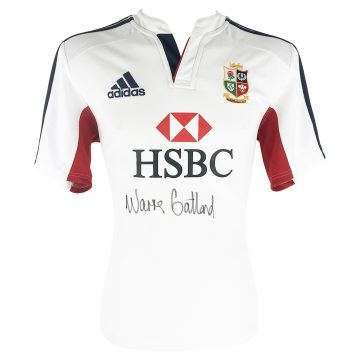 Gatland joined London Wasps in 2002 winning an impressive three Premiership titles, the European Challenge Cup and the Heineken Cup. He became Wales Head Coach in December 2007 and remained there until 2019. He immediately became a fans favourite by beating England 26-19 in his first game. This is despite losing 19-6 on 60 minutes and not having won at Twickenham since 1988. The New Zealand coach transformed Welsh rugby, leading them to two Rugby World Cup semi-finals in 2011 and 2019. He would also go on to win four Six Nations titles. Of these three were Grand Slams. During his time with the Welsh Rugby team, Gatland was also Head Coach of the British and Irish Lions team.

We’re proud to add Warren to the Firma Stella family. We look forward to announcing more names in the not too distant future.