30% Off Everything - Summer Sale 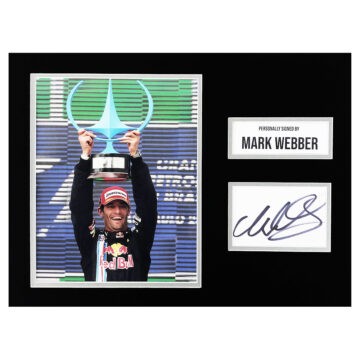 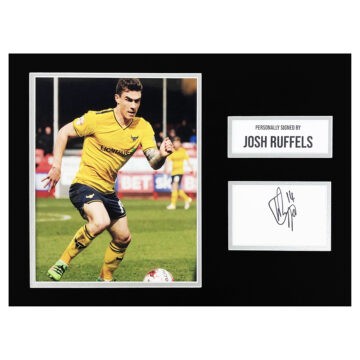 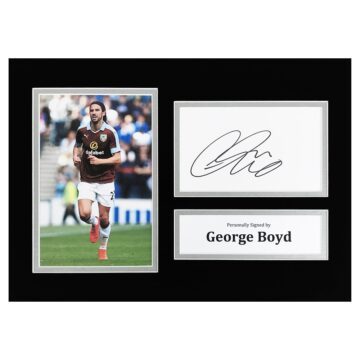 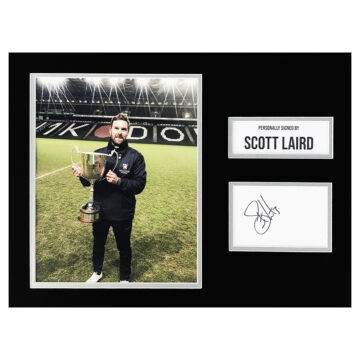 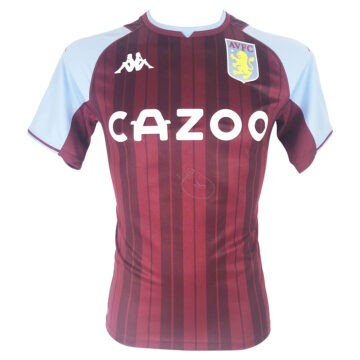 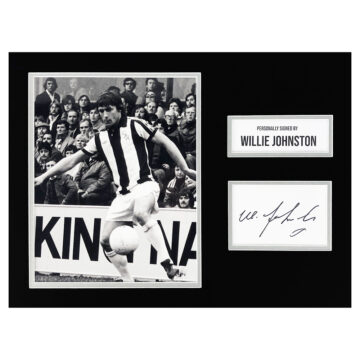 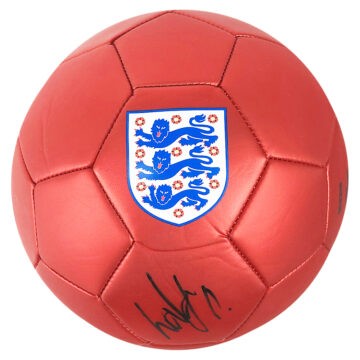 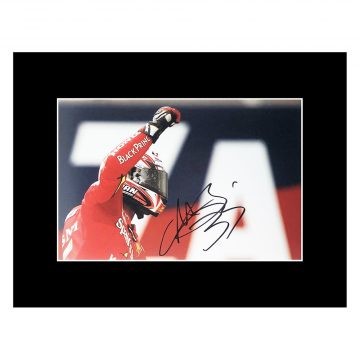 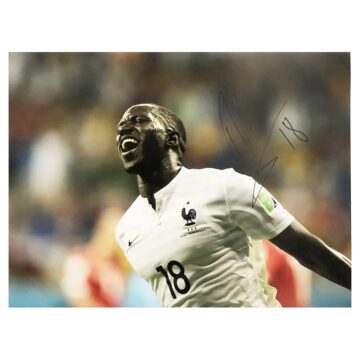 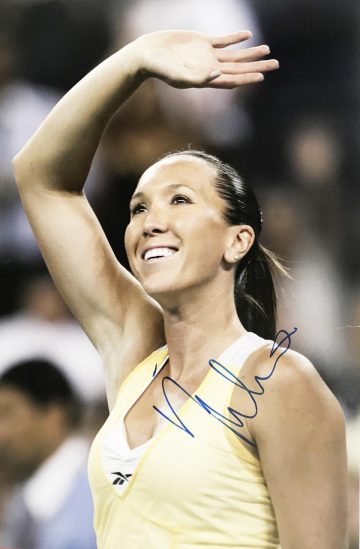 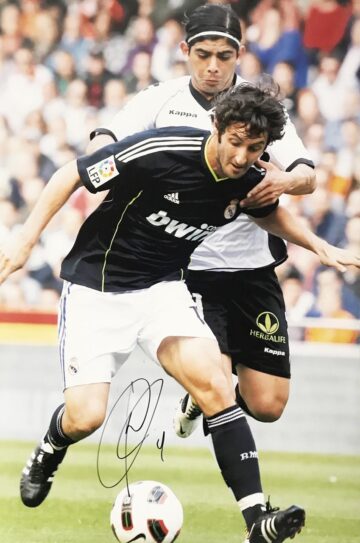 Welcome to Firma Stella – The champions of signed sports memorabilia.  We sell the freshest, most exciting and exclusive pieces signed by the world’s top stars!

One of the most recognisable memorabilia brands in the world, Firma Stella has been featured in numerous publications including The Mirror, I Newspaper, Independent, Talk Sport, Rugby Paper, Non League Paper and Rugby World. We bring you the most exciting pieces from some of the world’s biggest stars. We have exclusive partnerships with Ben Stokes, James Rodriguez, and Warren Gatland, with more exclusive deals on the way!

Every item of autographed memorabilia, whether it’s a signed photo, football or jersey comes with a genuine Certificate of Authenticity, Free UK delivery and lightening fast international delivery through our international partners UPS, Royal Mail & DHL.

The market for sports autographs and signatures is fiercely competitive which is why we work so hard to capture the very moment the sports star or player signs on of our items. Of course, not every star likes signing stuff but we encourage them to do, so whenever it can be done it is. Collectable memorabilia has become a passion for many with some items going for staggering sums because of rarity. As the years pass fewer items are available from the world’s biggest stars which has pushed up values. A pair of signed Muhammed Ali gloves sold for $836,000 back in 2014. They were worn in Ali’s 1964 fight with Sonny Liston. A signed Cristiano Ronaldo shirt recently sold for over £8000! If you have one of these items in your collection then you may be sitting on a goldmine!

While some of our higher-priced, rarer pieces find their way into some of the world’s most exclusive collections, other signed items are given as Christmas and Birthday presents. There is nothing better for us to receive a photo of an ecstatic father receiving a signed shirt from his proud son. Check out our Facebook feed for some amazing photos from our customers!

Whether you are looking for one of our signature collector pieces or something more modest for a loved one, you will find it in our extensive collections. Trust Firma Stella – The Champions of Sports Memorabilia!

Why buy from us?

Follow us here at Firma Stella, and tell your friends or
family about our limited edition sporting memorabilia.

Latest From Our Blog

The Origins of Sports Memorabilia

Now a multi-billion dollar industry the current craze for sports memorabilia shows no sign of abating. There is actually no real measure of just how big the market is, because no one has taken the time to measure it. Fuelled by the sports card collecting trend in the US, which were issued by tobacco companies in the early part of the twentieth century , the sports collecting trend has been gathering pace over the last one hundred years. If you thought that Babe Ruth was most popular baseball player, take a look at Honor Wagner’s AMT baseball card from  the 1909-1911 season, valued at over $2.7mn (£2mn)! It’s not just American tobacco cards that command huge sums either. The trend has extended to pretty much all competitive sports, from the earliest re-boot of the Olympics in 1896, right up the present day, with the World Cup in 2022 being the next major event to generate sports memorabilia.

There seems to be no limit to the variety of items on offer. Anything that can be signed, is! From rare vintage golf and tennis balls to golf clubs and football shirts. Any item of sports equipment that is capable of carrying a signature has sold at one sports collectibles auction or another. When we reach back to the earliest pieces from the end of the 19th and early 20th centuries, it was enough just to have the piece. A rare silver Olympic medal sold for $180,111 in 2021 according to a Boston based auction house. There were no gold medals back then, although the IOC has reclassified the wins as ‘gold’. Silver medals were awarded to the winners, with copper medals given to the runners-up, and no prizes were awarded to those who came in third place in any events! Popular with numismatists (coin collectors), these medals were one offs, with the only factor being the number issued at the time of the games; which in this case was forty-three, so you can imagine that few of them have ever come on to the open market.

What’s The Most Expensive Piece of Sports Memorabilia?

Moving forward in time, items which came into contact with a famous player or athlete started to garner huge values. The baseball that Mark McGwire hit in for his 70th home run in the 1998 season went for $3mn (£2.25mn), but even that pales against the aforementioned babe Ruth’s 1920 season baseball jersey, which went for a staggering $4.5m (£3.4mn) in 2012.This was eclipsed recently when Maradona’s ‘Hand Of God’ shirt was recently sold at Sotheby’s for £7.1m!

Signed sports memorabilia tends to go for more than non-autographed pieces, which has led to the incredible surge in modern collectables. If the sports star is available, and of course, willing to sign an item, then that piece can command huge sums. Collectors often look out for the certificate of authenticity (COA) as their assurance that the item is genuine. The modern practice of hologram COA’s ensures that the item perfectly matches the hologram and adds another layer of security, especially when the shop, auction house or retailer offers a lifetime, money back guarantee. As always, the price of any piece of memorabilia will depend on the profile of the player, team member or athlete who signed it. If a sports star passes away then their items can suddenly shoot up in value, in the way that the pop singers or actors’ items do; for example, when David Bowie died in 2016, there was a ‘commercial frenzy’ for anything signed by him according to The Times newspaper.

The Trend for Signatures

in 1975 Leeds United became the first club in the UK to design shirts which could be sold to their fans in the form of replicas. Other teams quickly followed, leading to a nascent industry in jersey collecting. The practice of getting these items signed by players, usually after the matches outside the games in in the car parks, led to an explosion in sports memorabilia collecting. A signature would add a huge cachet to rarity and therefore the price, especially if it was a high profile player. From this came the trend for hanging framed memorabilia on walls. It became the height of serious fandom to have a shirt or even a golf club set in a frame on the wall. Once the trend had started there was no stopping it, with memorabilia turning up in specialist auctions up and down the country, and internationally, with items from major sports stars such as Pele and George Best fetching huge sums.

The ultimate prize is a game-worn item, such as the Ben Stokes match worn shirt available on this site. Other match worn items can include football boots, pants, caps, helmets, gloves, or anything else that the player used, even towels, captain armbands and sunglasses. Whatever your sport, your team or your favourite player, the market is so huge now that you are bound to find an auction house or online store selling sports memorabilia with an item for you. As inflation gathers pace around the world, money loses its value and the prices of the rarest signed memorabilia rise, offering a real store of value during turbulent times. It looks like the trend will continue as there is no sign whatsoever of it  abating, with the prices continuing to rise. The difficult period of 2020/21 with autographs hard to come by has put a floor under prices. The rarest epehmera will always command the highest sums, but previously mediocre items are starting to command higher prices as well. Our mantra has never changed; buy something you really love, want to hold and treasure, and you will never be disappointed! Also, the longer you can hold it for, the higher (hopefully) could be the eventual value. Collecting sporting memorabilia can sometimes feel like prospecting for gold, or metal detecting. Imagine stumbling over one of those Olympic silver medals in a charity shop? Now there’s a thought!

Add personalised gift wrapping to your item.
Leave your message in the notes on checkout.